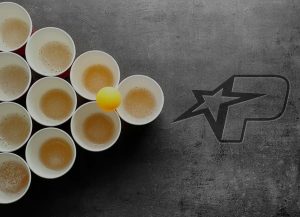 Every year we like to put together region based articles highlighting some of the teams that aren’t as fortunate to make the prediction list. This year there will be one list of some teams located in the Midwest that you’ve probably never heard about as well as our friends from across the pond that you need to hear about! For future events, organizers are encouraged to contact us about their local players/teams in order to help their areas become better known and grow!

BoozinGear.com presents THHP – Boozin’ Bob & Homeless Pete (Brandon Juracek)
Veteran Boozin’ Bob who has attended eight World Series will be playing with rookie Homeless Pete. Homeless has become the top player in his area and in contention for the top player in the state. They plan to make a deep run in the World Series and make a name for Homeless on a national level. This might be the team to try and out drink if you think you have what it takes.

BoozinGear.com presents Scrub-A-Dub – Zach Hampton (Zach Scott) & Will Cox
Zach Hampton is attending his first World Series for the party and to cheer on his fellow Michigan teams. Playing with a non-ponger, Will Cox, they hope to win a few upset games and possibly give a few more teams that scare they know is coming, so don’t talk to much shit to this team, you might regret it…

BoozinGear.com presents Fireball – Brendan Dyelle & Boz (Brian Osborn)
The first runner up in last years WSOBP Singles tournament, Brendan Dyelle, was actually on the fence for attending this tenth World Series as his partner had to drop out late in the year. With most of top players already locked in with teammates, Dyelle couldn’t decide wether to pick up a new partner or sit this year out. Wisely, Brendan picked up Brian Osborn, a new local player with a streaky shot. Not many players can troll the same night that they take down a tournament but Brian at least has that on his resume. If you’re buying shots for these guys, it should be obvious what they’ll be drinking!

IN MI Zone – Jon Marczak & Paul Dausman
Bringing together Michigan and Indiana, fanatic Paul Dausman has convinced Jon to join forces with him in the main event at World Series X. This team doesn’t have a lot of chemistry together, but they both are hard core, dedicated players with the mutual plan to take out any and all top teams that land on their schedule.

Bangarang, Go Fuck Yourself – Matt Hoag & Floyd Galloway
The owner of the new organization MAC Pong, Matt Hoag is playing with long time friend and ponger Floyd Galloway. Matt is leaving the event in Floyds hands with the motto “I’m making three and walking away”. Hopefully Floyd can play the event just as well as he plays raffle draws!

Talk Is Cheap – Dave W & Stephen Haiko
Veterans Dave & Stephen are coming back to Vegas yet again. Dave has been playing in the World Series since then second and can’t get enough. These two went 11-1 in the prelims last year and don’t plan to go anywhere but up this year. They will see you in the pods on Day 3 and if whiskey is involved, god help us all.

BoozinGear.com presents Stealing Cups Like Ferguson – Brett Booms & Lester Marks
Late joining, Brett Booms is a leisure ponger with a ton of potential. Matching up with veteran Lester Marks might give him the confidence he needs to make it far into day three. Hopefully his drop of Like A Boss will not sway his game to the dark side. These boys will be having the time of their lives regardless of their end of day standings.

1. Beer Pong Cracks – Clemens Foerg and Raphael Held
Playing together for more than 2.5 years, these Austrians will play in their 3rd straight World Series. After a disappointing 291st place at WSOBP 8 and a respectable 64th last year the hopes for making a deep run are there for sure. Ending up in the Top 5 of every European Major they have played in they know how to compete on the big stage. Notable wins are the Swiss Series of Beer Pong, the largest european tournament till now with 255 Teams in 2013, German Series of Beer Pong in 2013 and a 2nd Place at the Dutch Series of Beer Pong in 2013. They have won their bid by taking down this years Austrian Series of Beer Pong hosted by bpong.at for the second time in the last three years. It will be interesting seeing a more experienced international team back at the World Series and find out how they’ll stack up against the countries best.

2. Twin Towers – Florian Moeltzner and Tobias Moeltzner
The two brothers from Austria have won their bid by winning the 2nd biggest tournament in European history, the Swiss Series of Beer Pong in 2014 (192 Teams). With a combined height of 13 feet and 3 inches they have the size advantage on their side. A solid team that nobody in Europe wants to play against on any day of the week, however this will be their first WSOBP so we will see how they can handle the pressure competing on the grandest stage beer pong has.

3. Like a BOMB – Affosso Gabriele and Nicola Sciortino
Playing in their second World Series these crazy Italians know how to get the spectators attention when playing pong. Typical Italian enthusiasm mixed with good shooting earned them the victory at the European Series of Beer Pong in 2013. Besides organizing most of the tournaments held in Italy, they are a really fun team to watch as well as hang out with.